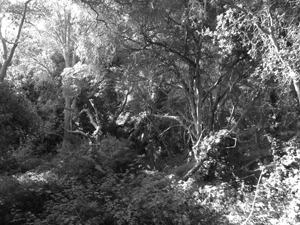 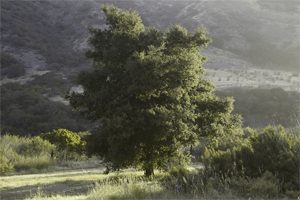 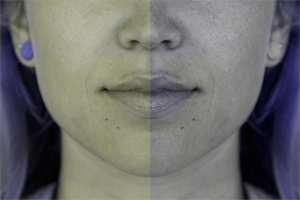 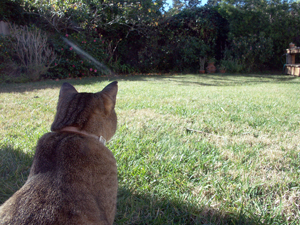 Developed with the help of color vision scientists, Zoomorph is software that generates simulations of how various animals see, helping us experience the world through the eyes of another species.

Scientists learn about color vision by studying the physiology of the eye, specifically color receptors, and by doing behavioral studies. The data produced shows what an animal has the potential to see - how an animal actually experiences colors is difficult to determine, but Zoomorph might help you imagine those experiences. By providing the public with a tool for exploring animal vision, the project has the potential to contribute to the scientific study of it - citizen science!

Zoomorph is an ongoing project. The current version simulates the color vision of animals that have less color receptors than us, future releases will attempt to simulate the vision of animals with more color receptors as well as other aspects of vision such as sensitivity to ultraviolet light, acuity, peripheral vision, night vision and more experimental aspects of vision, such as magnetoception. In addition, non-scientific ways of learning about animal vision will be incorporated, such as knowledge created by telepathic animal communicators and shamanistic practitioners.

The project acknowledges the agency of non-human animals, making it more difficult for its audience, us humans, to disregard their perspectives, desires and rights.

iOS App
Web App (To be released in Summer of 2016)
With the Eyes of Another: Zoomorph - Exploring (the Perception of) Visual Perception of Non-Human Animals. Text about the project and research in Antennae
Project Research Blog/Info (rarely updated)